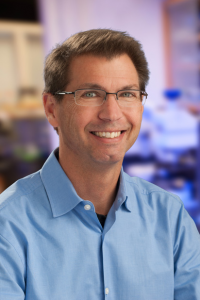 Joe Pogliano is a Professor of Biological Sciences at the University of California San Diego and cofounder of Linnaeus Bioscience Inc. He received B.S. degrees in Chemistry and Honors Biology from the University of Illinois, Champaign. He obtained a Ph.D. from Harvard Medical School where he studied cell division, outer membrane stress responses, antibiotic mechanism of action and protein secretion. As a post doc at the University of California San Diego he studied cytoskeletal proteins involved in plasmid DNA segregation. He joined the UCSD faculty in 2003 where his research has focused on using cell biological tools to study bacterial cell growth, DNA replication, cell division, outer membrane biogenesis, and the mechanisms by which antibiotics target these essential cellular processes. His lab recently discovered the “phage nucleus”, a compartment formed by many bacteriophage that replicate in Pseudomonas. The phage nucleus compartmentalizes phage replication, with phage DNA and enzymes required for replication and transcription localized inside the nucleus while phage structural proteins and metabolic enzymes localize in the cytoplasm. He and Kit Pogliano developed Bacterial Cytological Profiling (BCP) technology that provides a rapid method for screening for antibiotics against multidrug resistant bacteria and understanding their mechanisms of action.

I have been using bacterial cytological profiling (BCP) to search for new antibiotics and new antibiotic targets in Gram-negative bacteria.  I recently screened a library of small molecules for the ability to kill a crippled variant of E. coli K12 that lacks its principal efflux pump, and am focused on characterizing molecules hitting new cell envelope targets. 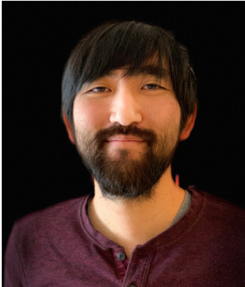 My research primarily focuses on the adaptation and development of automated image analysis systems to expedite the pace of discovery utilizing bacterial cytological profiling (BCP). Adjacent to this is the creation of fully automated analysis pipelines looking at spore metabolism and germination to quickly survey and target areas of interest. My other focuses within the lab include the exploration of compounds which affect antibiotic uptake using microfluidics. 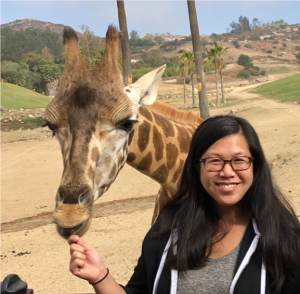 I am currently exploring the mechanisms of protein sorting and trafficking in and out of the phage nucleus.  In addition, I am investigating the benefits that the phage nucleus confers upon the virus, such as spatial organization of viral components or protection from bacterial defenses, including the native CRISPR-Cas system. 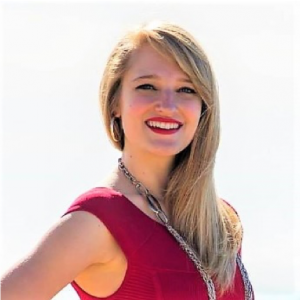 I am studying the intricate nuclear replication mechanisms of jumbo phage in Pseudomonas aeruginosa.  Jumbo phage contain large genomes (>200Kb) encoding more than 500 genes.  I hope to use genetics to discover the functions of many of these genes.   I am especially intrigued by their fascinating array of unexpected cell biological problems which I am exploring using a variety of approaches. 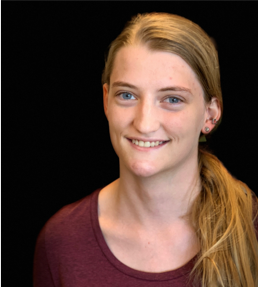 I am using cell biology, genetics and biochemistry to study conserved mechanisms of  phage replication in Pseudomonas aeruginosa. 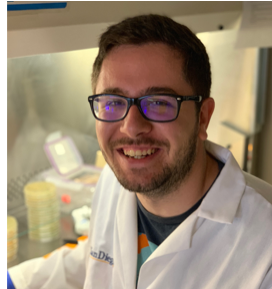 I am studying phage and their ability to be used for phage therapy to treat infections caused by Pseudomonas aeruginosa. 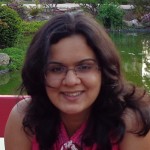 I am a joint student with Elizabeth Villa and Kit Pogliano and work towards elucidating mechanisms driving engulfment and chromosome translocation in B.subtilis by using high resolution modality of cryo-electron tomography.  I also use tomography to study the phage nucleus. 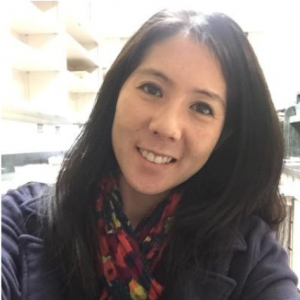 My work is focused on understanding environmental conditions that affect resistance of bacteria to commonly used antibiotics. I use BCP to characterize and quantify cytological changes of multi-drug resistant, clinically-isolated ESKAPE pathogens in response to antibiotic treatment under various conditions. 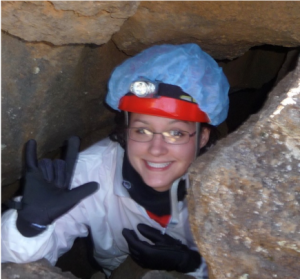 I use BCP along with traditional natural product discovery methods to study a collection of bacteria I isolated from the dark zone of four limestone caves in Carlsbad, New Mexico. The natural product biosynthetic potential existing in the dark zones of caves is relatively unknown, making this extreme subterranean habitat and excellent hunting ground for the discovery of novel antibacterial natural products.  I am also isolating and characterizing small molecules for a chemical library that are active against Gram negative bacteria. 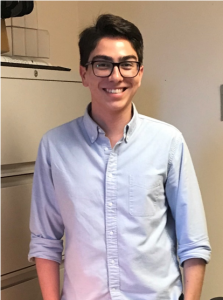 I am characterizing new families of antibiotics using a combination of cell biology, genetics, bioinformatics, and biochemistry.  My current project is aimed at understanding the mechanism of action of a new class of gyrase inhibitors. 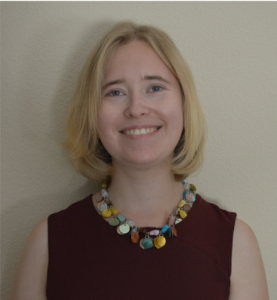 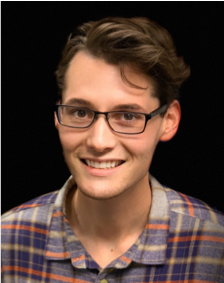 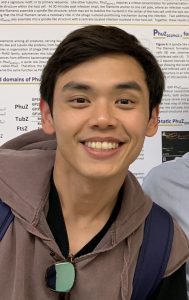 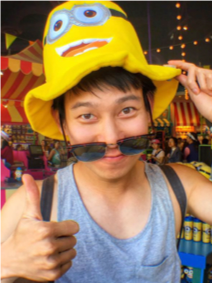